I spent the first part explaining the basics of the world and the main trio (boy, Magical Schools where the leads are a Trio…where have we heard that before?). Now I will mention other things like the production, editing, colors, etc.

This isn’t some usual ABC Spark fluffy type, don’t expect “Switched at Birth” type lighting here. With a few exceptions, everything has a darker tint to it. From the school, to the war zone they end up fighting in, to even daylight scenes everything has a sort of burnt orange-ish tint. Like you light a match everything will catch on fire.

And the show doesn’t skimp on the sexual tones and gore and violence either. One of the first scenes has a Witch Terrorist use a spell to make over 1000 people kill themselves. One of the leads is a lesbian as mentioned before and within 2 episodes has begun a relationship with a fellow female cadet, and as the season progresses we get plenty of blood.

The effects are good, but they’re used thankfully sparingly. The FX don’t try and be the main reason for a scene. Don’t expect any Avada Kedavra energy bolts…in fact don’t even expect wands either. The Witches here are trained to use whips as their primary physical armament when not using their powers. And they don’t all have the same powers either, being further divided into sub-types.

The show makes use of the Aftershow segments, akin to “The Talking Dead” on AMC. They’re available on Youtube for anyone to watch whenever they want. A lot of questions that viewers might have end up being answered in these segments. One example, it’s made a point in the show that instead of wands and visible energy bolts, Witches and Warlocks are taught to focus their standard magical power through their voices as manipulation of soundwaves, which explains the main post of the 3 leads roaring. According to the aftershow, this style is Exclusive to the American ones and others magic users from other countries have other styles. Indian Magic Users channel their magic through complicated hand movements.

As I stated prior, I enjoyed how the world building of the show was slowly introduced to us over the series. There was timeline shown to us in an abandoned classroom in one episode that I’ve put together:

These changed dates for events like the Revolutionary War and the US Civil War go a ways towards explaining why the show put together images with General Alder’s face on Mount Rushmore and her in place of the Lincoln Monument. The lack of a 2nd World War certainly has interesting implications.

The last entry on the timeline is “Rise of the Spree”, which brings us to the aforementioned villains of the show. The Spree are magical terrorists serving as the main antagonist (but not sole antagonist) of the series. They’re made up of Witches and Warlocks who are opposed to the Military Witch System and commit mass murder in the name of ending it. A darkly humorous weapon of theirs is the “Suicide Bomb”…a spell that causes anyone affected by it to kill themselves. How exactly this is supposed to make the Government end the Military Witch system is beyond me, however.

The main conflict of the series, which is something seen both externally and internally with the conflict between the leading characters, is that you have the Alternate US Magical Army: a profoundly jingoistic organization that condemns thousands of young women and men to lives of forced military service. Most of whom are deemed expendable even when entire magical bloodlines are put at risk of being wiped out (and have). They have such a good propaganda machine and efficient indoctrination that someone as sweet and kind as Tally Craven was fine volunteering to join up and kill in their name.

On the other side, you have the Spree, a vicious lot of terrorists who mass-murders civilians in cold blood as some ill-defined revenge campaign for all the Witches and Warlocks who have died due to the Salem Accord. And that’s not getting into other revelations about there being something else out there as well.

When I say there’s internal conflict, we have Raelle Collar outright saying that the forced conscription forced on Witches and Warlocks is no different to her than slavery (in contrast to Tally’s enthusiasm and Abigail just seeing it as a necessary thing) and others wondering just how much their leadership actually cares for their well being. As it turns out, the Spree owe many of their number to Witches and Warlocks who refused to be conscripted and were thus made into fugitives.

Stay tuned for Part 3 of the Series review! 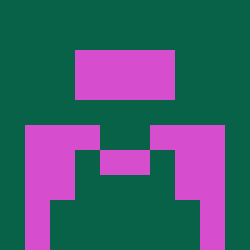