Have you ever just sat at your computer and thought, man I wish I could command an army in Roman time, from a bird’s eye view and slowly spread my influence across the world? Well first that’s an oddly specific desire, and second you would have bought Rome Total war back in 2004. Well that’s all fine and dandy, but this is Rome Total war 2, with all the bells and whistles making it one of the finest Total war games to date, and makes Rome 1 look so very very dated. So, total war series, grand strategy, massive armies fighting on an open battlefield where your mind is put to the test, sun tzu style. Well that’s what I always imagined when I play a total war game, truth be told it isn’t as deep as everyone would have you believe, of course it still takes a lot of thinking to get through your battles if you prepare correctly. If you rush into a battle with only one type of unit, and just rush in blindly, unless you have sheer numbers, you will end up losing loose.

So if you haven’t guessed already, Rome Total war 2, is a grand strategy game, that is, you command vast army’s, up to 2000 at a time, on skirmishes for your clan as you slowly take over the map with your influence. Of course you also have to look after each of your cities/towns as well, if you have never played a total war game before, but enjoy strategy, best way to describe the game is Civilisation, with actual controllable battles, not played Civ? It’s Risk, Not played Risk? What are you even doing here?

So as the name of the game might tell you, this game is based in the time of the Roman Empire, but you will not be only playing as the Romans, most of Europe can be chosen ranging from Rome all the way to Britannia, troops like Roman plebs to Elephants, Yes Elephants. You take turns on the over world map, slowly advancing your armies across it, once you are in battle with another army or settlement, you have the choice to fight it bird’s eye view controlling the army, or let the computer auto resolve the battle for you if your force is significant enough. Of course fighting it manually is always better, as you will lose fewer troops. Whilst battles are fought against the AI, it has to be said the AI is very simple, without using any tactics apart from simply rushing against your force. This may make sense when you’re fighting against smaller tribes, but when you’re fighting against ones that challenge your power, it doesn’t make sense.

For example, when you start a match, you have the option to change how your force is deployed and what arrangement; you can have your main force in one big lump, and then your cavalry off to the side. The AI never does this, it is always one large force, and fog of war does little to change this as you always know roughly where they will be. It is noticeable once you are further into the game, though like many of total war’s predecessors it will be fixed via mods, a game shouldn’t really be released in a format that needs to be “fixed” via mods, but hell, it works for Bethesda, so why not. If you are new, you are in luck as there is an extensive tutorial for you to complete in the form of 3 prologue missions, to complete all of these as someone who has played previous titles took me around 3 hours, so set away a weekend if you are new. The tutorial is great, and as it plays out as a story, you kind of loose track that you are actually in a tutorial, the voice acting is very enjoyable and I was quite disappointed when I finished it. There are no real story modes after the tutorial, the campaigns are not the traditional video game sense, but the military sense, you choose one of your factions and then you accept missions from the senate, which are vague objectives to help guide you through your struggle. Though these are long, so very long, you will be playing one campaign for a couple of weeks or even months depending on how often you play, which is not for everybody, those who like faster matches might be better suited for Civilisation, though if you want more depth, Europia Universalis might be better for you.

Graphically the game looks fantastic, and runs great too, feeling much better optimised than previous instatements, zooming right into one soldier in a formation, whilst hearing the thundering footsteps of his fellow man, is an experience that really draws you in. The addition of an action camera, which will zoom in and out of the battles to focus on individual fighters, is a nice addition, one that really sets the tone when the weather is rainy as well. Multi player is back as well, with a co-op campaign that will certainly be played between me and some friends, whilst online, you have a set amount of gold to build your army with, then deploy. My current tactic is to just buy cavalry, and charge, it seems to work very well.

One feeling I did have whilst playing this game was that, it feels more like a remake of the original Rome, than a sequel, it’s hard to see what has changed, managing your settlements/cities is now much, much easier sure. But if you’re someone who has played the original, what is there for you now? Well there are new factions, and new units scattered about, but the games are very similar, if you’re someone who loves graphics than yes this one is the better of the two, more complicated areas of the game have been looked at, but only tweaked slightly. I really can’t put my thumb on what it is, but the game feels more streamlined and easier to understand, without seemingly loosing anything that made the original Rome great.

Rome Total War 2, is a strange game, it works on the original in a way that makes it feel like nothing has changed, but you know it has, Whilst the AI is still a major problem that should be addressed, the rest of the game is well made and attention to detail is part of the games charm, though it is a massive disappointment to see “Pre order” DLC. For most of these the game gets a 4/5, and I hope to see many Generals out on the battlefield. Also, the game has elephant troops; I mean guys seriously, elephants, what’s not to love. 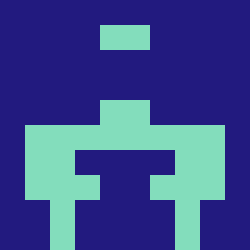 Craig Roberts
I love playing PC games only, as I personally feel that this is the best format to experience any game on the market. Of course if does come with some high costs with your system, but it is well worth it. My favorite game genre would have to be RPG's followed by Third Person Adventure type games.