What is SOPA? Many characterize it as a misguided effort to combat online piracy by using methods that will stifle innovation, suppress free speech, and even, in some cases, undermine national security. The Stop Online Piracy Act (SOPA), also known as House Bill 3261, would expand the ability of U.S. law enforcement and copyright holders to fight online trafficking in copyrighted intellectual property and counterfeit goods. The methods that the bill would enable are what have many freedom watchers up in arms.

As originally proposed the bill would allow the U.S. Department of Justice, as well as copyright holders, to seek court orders against websites accused of enabling or facilitating copyright infringement. Depending on who makes the request, the court order could include barring online advertising networks and payment facilitators such as PayPal from doing business with the allegedly infringing website, barring search engines from linking to such sites, and requiring Internet service providers to block access to such sites. The bill would make unauthorized streaming of copyrighted content a crime, with a maximum penalty of five years in prison for 10 such infringements within six months. The bill also gives immunity to Internet services that voluntarily take action against websites dedicated to infringement, while making liable for damages any copyright holder who knowingly misrepresents that a website is dedicated to infringement.

Proponents of the bill say it protects the intellectual property market and corresponding industry, jobs and revenue, and is necessary to bolster enforcement of copyright laws, especially against foreign websites. Opponents say that it violates the First Amendment, is Internet censorship, will cripple the Internet, and will threaten whistle-blowing and other free speech. Opponents have initiated a number of protest actions, including petition drives, boycotts of companies that support the legislation, and even proposed service blackouts by major Internet companies scheduled to coincide with the next Congressional hearing on the matter.

In a surprise move today, however, Representative Eric Cantor(R-VA) announced that he is stopping all action on SOPA, which means the bill is effectively dead as written in the House of Representatives. After what seemed like strong bipartisan support, this comes as a complete turn-around. What prompted Cantor’s action? Huge online protests against the bill, and its Senate counterpart known as PIPA, appear to be a major reason. Saturday’s announcement by White House cyberczar Howard Schmidt that the DNS filtering provisions suggested some of the proposed legislation posed a real risk to cybersercurity while leaving contraband goods and services accessible online appears to be another major reason. In addition, the White House threatened to veto the bill if it was not modified significantly to insure that anti-piracy efforts didn’t increase censorship.

The online protests over the bill seemed to take Congress by surprise. Protest efforts included calling Representatives, companies, and Senators to get them to change their mind, as well as encouraging domain owners to move their domains away from and targeting the business model of the companies that supported/lobbied for the bill. GoDaddy lost well over 100,000 domains in the space of about 10 days due to their involvement with these two bills. SOPA opponents are rallying around an effort to call attention to the legislation by convincing Web sites to “go dark” on Jan. 18, and display only a simple message of protest on a black background. On Monday, Wikipedia co-founder Jimmy Wales announced that his website will go dark for 24 hours starting at midnight ET Tuesday, following the lead of other high-profile promised blackouts. Reddit.com will go black from 8 a.m.- 8 p.m. on Wednesday. The hacker group Anonymous also encouraged others to join in the 12-hour blackout, and garnered a lot of attention with its Twitter post using the hashtag #BlackoutSOPA. In spite of Cantor’s announcement a few hours ago, plans for the blackout continue.

Celebration over the demise of SOPA may be premature, as PIPA (the Senate’s version of SOPA) is still up for consideration. PIPA is less well known than SOPA, but the provisions are basicly the same — it includes the same DNS blocking and censoring system that the original SOPA did. Given today’s announcement by Eric Cantor, is SOPA/PIPA mortally wounded or will it continue to be a spectre that Internet freedom proponents need to be vigilant over, lest, like the Phoenix, it arise from its ashes again? 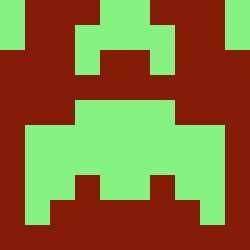