A lot of people have been waiting for an adequate Masters of Orion (MOO) replacement. While there have been a lot of games such as Galactic Civ, Horizon and Endless Space that have tried to be the definitive MOO replacement, none of them have really succeeded. Galactic Civ and all it’s incarnations is incredibly popular, though, so it’s considered a leader in this contest. Just recently, however, StarDrive 2 has thrown it’s tin foil hat into the ring. Zero Sum Games asked us to review their new space game, and it was graciously handed over to this guy to give it a serious go.

This is what Zero Sum Games says about their game, StarDrive 2:

In StarDrive 2, players will reach into the unexplored regions of space fully loaded with options to engage in massive real-time space combat or enter into the all new ground combat, partner with friendly factions, research new technologies, design new ships, and much more. Built on the Unity Engine, StarDrive 2 is highlighted by its impressive new levels of graphic polish and detail, streamlined interfaces, and intense, sophisticated 4X gameplay.

Does it live up to the hype?

StarDrive 2 is a 4X game. That is, you eXplore the galaxy, eXpand your empire, eXploit the resources you find and eXterminate the races that don’t agree with you wanting to be the lords of the galaxy.Throw in researching new technologies, building planetary improvements, creating huge armies and pushing out massive fleets of ships – that’s the game in a nutshell. It all revolves around colonizing hospitable planets first, then the ones with unique resources. You research the tech that enforces your play style, be it conqueror or insidious politician (using culture). There’s no lack of things to do – you can easily find yourself spending time experimenting with every little aspect of the game, restarting over and over until you’ve mastered the basics (I did – I got my butt handed to me three times before I fended off the numerous raiders that kept destroying my fleets).

Yes, the game is hard on normal settings. Which I consider a good thing, but not everyone will agree. The tutorial mostly dumps you off after showing  you how to move about, build things and conduct research, only interjecting if it notices you are slacking off in certain ways after several turns. It won’t forget to remind you if you haven’t colonized a planet in a while, or if you neglected upgrading your with new weapons or defenses. You can click the ? tab and read the instructions if you need to.

There’s several races you can pick from, or you can customize your own race based on a point system. The default races are all very much tributes to MOO – there’s humans, wolves, bears, plants, robots … you name it. Every race has specific advances and traits for you to try. I played humans first, and they are somewhat familiar if not kind of weak. Again, customization allows you to make things such as the ultimate galactic spies or the most rigid military state possible. Every race needs a few negative traits, as well. As you run into the other races, you quickly learn what kind of creatures they are. Not that you don’t get the Galactic News Network (GNN) giving you racial profiles every now and then.

Speaking of the GNN, you continuously get updates on everything. I’m not kidding – everything. The developers aimed for humor, which sometimes falls far short of what you’d expect from a professional galactic news source.

Sometimes, your sensors will pick up an anomaly in open space. These pop up on your map as a large blue question mark. To investigate, you send ships to the location. Not all anomalies are instantly resolved – you might need to spend a certain amount of credits or send a colony ship over. Resolve these random anomalies at your own risk – not everything is safe and/or profitable. You might unleash an outbreak on your populace. You might discover a bio-weapon. Whatever the case, it always costs you something. Long running events might require you to allocate research to reach the end goal.

Research means picking one research area and waiting until your scientists unlock it. Of course, technology areas include Advanced Materials, Advanced Magnetic, Advanced Genetics, Imperial Methodology, Particle Fusion and Experimental. These can give you planetary upgrades, such as buildings or production. Some give you ship weapon and defense upgrades (or other tech that improves exploration). Since all ships have limited fuel and power, you extend your range of exploration/colonization by improving the engines or fuel/power types. Experimental can give you a random tech upgrade, as well as unlock specific racial ones. It truly is an experiment – you only figure out what really benefits you after you play the game a few times.

The game is beautiful. The maps, the planets, the ships are all well done. Zero Sum has spend a lot of time making a very pretty and functional star map. You scroll in and out with the mouse wheel, and you can scroll with the mouse OR the A/S/W/D keys. Nothing is overly complicated as far as controls go – the system is fairly intuitive for old 4X strategy games. The art created for the game is nice, and it gives the entire thing a personal touch in my opinion. The music is great, if not a little repetitive (but what soundtrack isn’t after several hours?).

Space combat is a little tedious, and in real-time. The game moves in turns until you enter combat, then it switches over. You can move your ships around in the deployment zone and prepare for combat, but once it starts, it’s largely automatic. You can tell what ships to focus on what enemies or where to go, but very little else. It’s mostly sitting around watching the two sides duke it out. Of course, after about 20 or so battles, you’ll just want to click on the AUTO resolution button and pray your fleet was strong enough to survive. Otherwise, they are reduced to space dust in moments. Non-combat ships are immediately destroyed, which is annoying if there are space pirates lurking just outside your empire.

Ground combat is perhaps the weakest part of the game. It is neither exciting or glorious. Instead, you watch as your forces die and/or succeed. I would rather just have the old method of landing troops and getting a message of how it went. Of course, you always have the option of nuking everything from orbit and cleaning up afterwards. You destroy a lot of planets that way, but sometimes you gotta do what you gotta do to stop that terrible space plant race from bringing their dippy hippy peace love into your empire.

Diplomacy is fairly simple and straight forward, although there’s also the option to build and plant spies everywhere. The best space civilization knows when and how to use espionage to their advantage, such as stealing research from other races instead of investing in scientists. Sabotage can make the difference between winning and losing planetary raids or battles. Just knowing what’s going on in alien space can be extremely helpful. Some races are better than others at it, while some are just awful. Space bears, for example, are great at invading/repelling, but awful at diplomacy and spying. Must be all that fur and butt-scratching.

Again, there are a lot of things to do. You just have to figure out a lot of it on your own. Which can be both fun and annoying, depending on your style of play. The curve flattens out after an hour or so (or two or three retries). It can be addictive, since it teases you with what looks like an easy time but then slams you with twenty pirate raiders and an alien invasion around turn 60-something. Just remember to keep upgrading and expanding your fleets to repel bad guys. They’ll keep showing up at the least opportune times.

Life in StarDrive 2 isn’t easy, but it is challenging. If you want difficult 4X game with good AI and varying strategies, this game has it. It also has space bears (or plants, or wolves). Missiles, plasma bombs and ion weapons. Massive explosions and alien genocide. You’ll come for the weirdness and stay for the depth. 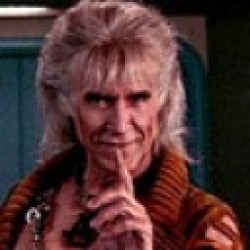