After one of my better trips to Las Vegas, having only come back $160 down, I’m feeling pretty good about my life in general when I get a text message with an esoteric combination of letters, numbers, and colons.

It takes me the better part of two days to realize I’ve been sent an IP6 address and then another couple to rig up an anonymous OS with an Onion browser on a thumb drive so that the local library gets hit with whatever kind of digital malfeasance I’m being enlisted into this time.

I thought it might be something illegal or illicit, probably related to either my gambling or Gundam habit, but it was worse.

There was a new game for me to review.

Game is chaotic fun with a group. Unfortunately, you will usually see this kind of solo play.

As a young man, before Walmart became this ubiquitous retail behemoth the nearest one to where I lived was three counties over. K-Mart and Sears had a stranglehold on the urban retail scene and if you wanted anything they didn’t have you were forced into a small specialty store or shopping mall chain storefront.

So a trip to Walmart was a rarity, a special occasion. Grammy and Grampa James owned some land halfway between the big city and the little town where the nearest Walmart squatted. So once every couple of months me and baby brother would go out there to spend the night with the family elders. The first night always featured a trip to Walmart to stock up on supplies and let the kids get a toy.

This Walmart had two or my favorite video games when I was a kid, Ivan “Ironman” Stewart’s Super Off Road and Street Fighter. I was a master at Off Road. I sucked at Street Fighter. But I loved it. Before Chun Li, before Hadokens, there were just nameless karate guys (to me at least) that ate my quarters by using their faces as fist magnets.

So when I see a game advertised as a Brawler with art that wouldn’t look out of place on the side of a Street Fighter cabinet I’ve already set my hopes way too high.

Like Tera the combat is fast paced and visually pleasing. Animation is smooth, anime-esque, and colorful. With a combination of mouse clicks and hotkey presses you’re flash-kicking, scythe swinging, gun blazing, and sword hacking based upon which class you choose.

This is the first of places where it is stripped down. There are fur basic classes, each with two to three advanced classes that unlock at level fifteen. There are limited options for each class, face, hair, and clothing color. No race or gender selections are available. All Warriors and Gunmages are male, all Rogues and Reapers are female. A quick look at the wiki says there are three more classes and Reaper has a different name, but they are so far unavailable in the NA region, so I’m going to ignore them.

The game does fall into the common modern MMO traps that has previously befallen Tera and Guild Wars. Each class has a single set of equipment and can’t equip anything besides that. It seems like the halcyon days of Everquest and early WoW when you could have characters from the same class both look and play different based on gear selection are gone. Here Warrior Gear is Warrior Gear and Rogue Gear is Rogue Gear and that’s it.

The next trap is locking the good stuff behind a paywall. I know MMOs have to make money. I know that my all time favorite, CoH, became more profitable the day they went F2P and put costume options behind a paywall. I know, I know. But I lament the fact that unless I want my Rogue to look like every other Rogue in the game besides color choice, I gotta drop some ducats in the virtual offering box.

The third trap is one that is relatively new and that is lack of Xbox One controller support. It’s 2017 and this is a game marketed for Windows 10. In 2017 and on Windows 10 if you are pushing a button masher type game and don’t have native game controller support you are doing it wrong. I shouldn’t be having to bust out my ancient and venerable PS2 to USB adapter and configuring keymappings to a DualShock controller anymore, that’s Windows XP talk.

The fourth and final trap is there is nothing there. It’s Dynasty Warriors as an MMO. You’re going to button mash and combo your way through hordes of the same character over and over. There is a story there, but it’s just an excuse to move you from combat scene to combat scene. It’s pretty much like playing D&D in the 6th grade. Who cares about the flavor, bring on the monsters to murder hobo your way through.

This game is essential En Masse’s other game, Tera, stripped of the limited complexity there was and then sped up 50%.

But hey, that appeals to some people. I have some friends that still play Tera, and it certainly entertained me for three months, so I see the appeal. If you liked Tera or you are hankering for multiplayer Dynasty Warriors, check this out, you probably won’t be disappointed.

But if that isn’t your jazz, pass on Kritika. There is nothing else going for the game. It’s actually pretty admirable of En Masse. They aren’t pretending this game isn’t anything it isn’t. They aren’t claiming it revolutionizes MMO storytelling like other games have claimed (Secret World, Old Republic), or that it out WoWs WoW (Old Republic and every WoW clone in the past 10 years) like others have tried to claim. It proudly stands up and says this is a mindless, repetitive brawler and if you like that we got you fam. Even the marketing material is geared like that. The email I got said, “Yo Jackson, you played Tera so try this.”

You have to salute them for that kind of honesty. 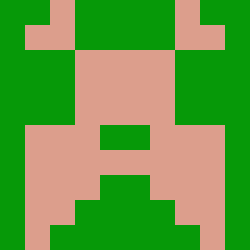